Head east of Beaver, just about where Moon Creek meets the Nestucca, and you’ll find Bill and Ginger Slavens’ dairy farm. Bill was born and raised three miles down the road. Ginger grew up on a dairy in Cloverdale. They met at Nestucca High School and married 40 years ago.

Bill became an electrician and Ginger started at the Post Office. Three years later they were able to buy their original 48-acres through a Young Farmers Incentive Program government loan. The barn had to be retrofitted and new equipment was added for dairy farming. Making the payments was a struggle. Essentially, Bill and Ginger had added the full responsibilities of operating a dairy on top of their other jobs. “A lot of people said we wouldn’t be able to do it,” remembers Bill. “That gave us even more motivation to succeed.”

To support the farm, Bill continued to work as an electrician for 20 years. Ginger continued to work for the Post Office for 35 years. As hard as they worked, they still agree that “buying the farm was a good move”.

These days they also own an additional 28 acres down the road and lease two other parcels. A fulltime employee was hired a few years back to help with the workload. With about 125 cows to be milked and an additional 125 of “young stock” to be taken care of, running the dairy makes for a long day. “The alarm clock goes off at 3:50 am,” laughs Bill. “We have a sense of pride in the product we produce,” explains Ginger. As members of the Tillamook County Creamery Association, the Slavens’ dairy farm can continue to grow, knowing they have a stable market for their milk.

Bill and Ginger both agree: “a dairy farm is the best place in the world to raise four boys.” Their sons Tucker, Caleb, Tanner and Lucas each acquired a strong work ethic growing up on the farm. “They learned if they wanted something, they’d have to bust butt to earn it,” says Bill. “That may be why they’ve all paid off their college loans and have successful careers,” adds Ginger.

A few years back, Bill and Ginger visited Rose Wharton at our Oregon Coast Bank Pacific City office, to arrange the financing for a new home that Tucker and his wife Angie wanted to build on a corner of the family’s 28-acre parcel. Obtaining a building permit on agriculturally zoned land is difficult, but since the property had had a previous dwelling, permission was eventually granted by the county.

Fortunately, obtaining the construction loan and ultimately the permanent financing from Oregon Coast Bank was a much faster process. “They knew us and we knew them,” explains Bill. “They made us feel like family,” adds Ginger.

It’s a beautiful home. Tucker milled, cured, cut and stained much of the lumber himself, and you won’t find a knot in it. It took several years to finish, but like his parents, Tucker understood that building your dream is worth the hard work. 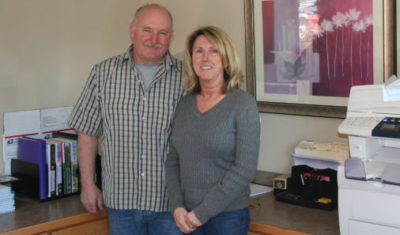 You could say that excavating is in his blood. Dan Kauffman’s father operated a quarry and was known for his… 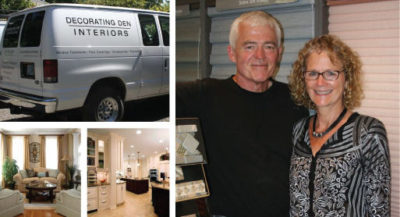 Jane and Leland Jincks graduated from Newport High School but moved to the valley when they got married. Leland joined…